The entrance of fresh hams with high rates of proteolysis as a raw material in the cured products industry involves the transformation of meat pieces with greater problems due to pasty texture and the decrease in the uniformity of the curing processes, making it difficult for processors to design of products adapted to the new consumption patterns (lower salt levels, shorter healing periods, etc.) and increasing the number of rejections by the final consumer.

The negative impact of the genetic advance on the type of muscular fibers of the pig is due to the selection of Iberian pigs with greater growth potential, and consequently with more proteolytic muscles that result in soft textures of cured ham. Surprisingly, the study of muscle fibers on the proteolytic potential is limited in white coat pork, and very limited in Iberian pig and Duroc pig. The lack of knowledge about the relationship between the characteristics of muscle fibers and the quality of Iberian pork justify the need to address the present project, whose results could demonstrate in a practical way which Duroc genetic lines allow to reduce the problems by proteolysis and minimize the Problems due to pasty texture in hams from crossed Iberian pigs reared in the field.

In this context, certain local varieties of Duroc pigs (animals reared in Extremadura during the last decade without significant genetic improvements in lean growth), are hardly used by farmers because, a priori, comparatively with the new varieties Duroc high performance lean, would present lower production rates. The availability of these genetic lines in Extremadura, and the lack of similar studies, make necessary the comparative study based on the productive performance and the proteolytic potential of crosses with pure Iberian sows to demonstrate the possibility of reducing the proteolytic indexes obtained with the crosses. current In this sense, the practical demonstration of a possible qualitative improvement of crossed Iberian ham hams by means of the reduction of the proteolytic indexes, and therefore of the problems by pasty texture, could increase the interest of the breeders by these local lines of Duroc.

Additionally, the popularization of the Iberian pig and the quality standard (Royal Decree 4/2014, of January 10) allow the baiting of Iberian animals based on feed, which has given rise to large integrations nationwide to mass production intensive of the Iberian pig. This production system competes with the semi-extensive production systems of Extremadura, and to achieve greater sustainability of Extremadura production systems there is the opportunity to differentiate by quality thanks to the use of Duroc genetic varieties not improved by their lean growth and which are traditionally exploited in the region, which will increase the added value of the animals.

Thus, this project is the main novelty, the reduction of the current proteolytic indexes through the crossing of Duroc varieties unimproved by their lean growth, which are currently not being used on an industrial scale in the sector. The innovation process of the project will be supported by the realization of a comparative scientific study in a relevant simulation environment of the different Duroc x Iberian crosses on the productive yields on the farm and the quality of the slaughterhouse and the quality of the fresh ham, in concrete, on its proteolytic index. 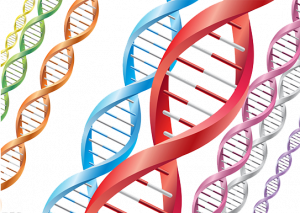 In the field of livestock and animal genetics, this project is a novelty because there are no experiences that have tried to improve the proteolytic index of hams by studying Duroc crosses with different base proteolytic potential. The improvement of the proteolytic index of the crossbred Iberian pig reared in the field will increase its added value and ensure its differentiation and sustainability in the market. Consequently, it will ensure the long-term sustainability of extensive livestock farms, contributing to the establishment of population in rural areas of Extremadura.

The use of genetic crosses with low proteolytic index in the field bait introduces substantial changes on the quality of the live pig, in particular, on the technological aptitude of their fresh hams to the healing process. It supposes the incorporation of a new product to the market of the Iberian pig destined to the industry of curing. The new field bait processes based on the new genetic crosses have a high degree of innovation, and involve essential changes in the feeding and handling factors of the animals, since nutritional requirements and veterinary treatments can be influenced.